The Administrator, Wage and Hour Division of the Department of Labor (ARB) recently found that the time for which 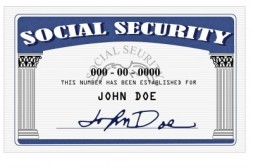 an approved H-1B employee was unavailable to start work while she was waiting for a Social Security card to be issued, was nonproductive status, entitling her to back pay. (Matter of Univ. of Miami v. Gabriele Wirth, M.D., ARB Case No. 10-090, dated 12/20/11). The University of Miami is a teaching hospital and Dr. Wirth was a doctor hired from Germany as a Visiting Assistant Professor of Anesthesiology. Dr. Wirth did not begin employment right away when she entered the U.S. because she was securing housing, a driver’s license and childcare for her children.

The Immigration and Nationality Act (INA) permits an employer to hire foreign nationals in a “specialty occupation” to work in the United States for a set period of time, most commonly with the H-1B visa. For an H-1B, the employer must file a Labor Condition Application (LCA) with the Department of Labor stipulating the wage level that the employer guarantees for the H-1B nonimmigrant. An H-1B worker “enters into employment” when she first makes herself available for work or otherwise comes under the control of her employer. The employer is obligated to pay the worker the required wage thirty days after the worker arrives in the United States, even if the worker has not started working. The ARB found that Wirth was in nonproductive status because the University required her to obtain a Social Security card. Therefore, the University was obligated to pay Wirth for the two week period during which time she was waiting for the Social Security card. Employers should be mindful of when H-1B workers enter theU.S.so that the worker can be added to payroll as soon as possible, even while waiting for a Social Security card. Otherwise, the employer may face Wage and Hour Division violations.