Unless you’ve been avoiding the national news the last several months, you already know the Chicago Police Department (CPD) has been in the cross hairs of the Department of Justice for alleged civil rights violations. Just this past Friday, February 5, 2016, the Department made a new civil rights claim against the CPD based on employment discrimination. The court complaint filed on Friday in the Northern District of Illinois, entitled alleges discrimination based on national origin. It claims the CPD discriminated against 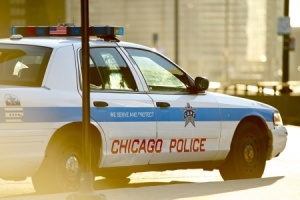 applicants not born in the United States through its residency requirement. Specifically, the Complaint alleged that a total of 47 applicants, who were otherwise qualified, were denied employment by CPD because they hadn’t lived in the United States for the required residency period. It claims that all 47 applicants were entitled to back pay, interest on lost wages and compensatory damages and requested that the city change its hiring policies removing the residency requirement as a “pass/fail” screening device.

The original residency requirement mandated that all applicants for the police force be United States residents for at least 10 continuous years prior to their application date. In 2011, the CPD revised the residency requirement to 5 years. CPD defended the continuous residency requirement claiming it was needed for thorough background checks of the potential police officers. However, the merits of those arguments, and whether or not the application process will change, won’t be addressed by the court, because as soon as the Complaint was filed attorneys for the Department notified the presiding Judge that a settlement had been reached with CPD for $3.1 million. The Chicago City Council is expected to vote on the settlement this coming week.

Although this news may seem government oriented, employers that typically utilize background checks pursuant to internal guidelines should be mindful to avoid or limit inquiries into criminal histories at the outset of the hiring process, particularly those in states that have implemented “ban the box” legislation. To the extent that such policies are in place, employers should be cognizant that such policies when implemented, no matter the justification, could lead to liability if it shows a disparate impact. Employers must look beyond what is written and what the actual impacts of their policies are to avoid potential costly exposure.