Last week, clearly identifying the creation of a circuit court split, the Seventh Circuit (covering IL, IN and WI) held that class action waivers violate the NLRA, even in a non-union setting. Lewis v. Epic Sys. Corp., No. 15-2997 (5/26/2016). By way of background, 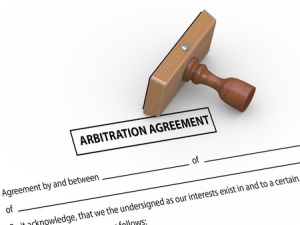 In Lewis, the Seventh Circuit found that the FAA does not require enforcement of an arbitration agreement if there are grounds (either at law or in equity) to revoke it, such as an employee’s right under the NLRA to  engage in protected concerted activity.  Accordingly, in the eyes of the Seventh Circuit, employment arbitration agreements that include class action waivers violate the NLRA and cannot be enforced.  However, the Lewis court noted that it would enforce agreements providing for class arbitration (e.g., simply shifting from judicial/jury forum to an arbitrator on a class wide basis).

Mandatory Employment Arbitration Is Alive and Well – If Done Right

The bad news is that until the 2016 election dust settles, including subsequent appointments and confirmation of the ninth Supreme Court justice, employers may need to adjust their policies and practices to comply with developing changes.

Experienced labor and employment counsel can guide employers in determining threshold issues such as, whether arbitration will satisfy the employer’s needs, what types of claims should be covered, and whether the agreement may be enforced in a particular state.  Where a mandatory class action waiver may not be enforced, employers may still have options.  Employers with mandatory employment arbitration agreements should immediately review them to ensure that they are enforceable, and consider strategy in light of new developments.