On July 28, 2016, the Sixth Circuit Court of Appeals issued an unpublished decision that analyzed an Americans with Disabilities Act (ADA) failure to accommodate a claim involving an employee who had applied for and received social security benefits for her disability. This case provides a helpful reminder on how employers should handle ADA plaintiffs who allege that they can return to work with accommodation but elsewhere represent that they are totally disabled from working. 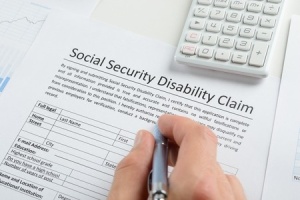 In Stallings v. Detroit Public Schools, Case No. 15-2428, the court affirmed the district court’s grant of summary judgment in favor of the school district on a former teacher’s failure to accommodate claim. A classroom teacher suffered from an arthritic knee and requested various, and sometimes conflicting, accommodations seeking to avoid classroom work. The school district did not accommodate her by removing classroom work from her duties and the teacher felt compelled to resign. She then applied for and received social security benefits. In her social security benefits application, the plaintiff asserted that she was completely incapable of working.

By following the United States Supreme Court’s decision in Cleveland v. Policy Management Systems Corp., the Sixth Circuit determined that a statement of total disability in a social security benefits proceeding does not foreclose a plaintiff’s ability to show that she is a qualified individual under the ADA, meaning that she can perform the essential functions of her job with or without an accommodation. The Cleveland case instructs that plaintiffs must be given an opportunity to offer a sufficient explanation for the apparent contradiction. Cleveland reasoned that an employee can both be deemed totally disabled under social security law, which does not take reasonable accommodations into consideration, and a qualified individual under the ADA, where an employee who is totally disabled from working without an accommodation may be able to return to work with accommodation.

In Stallings, the plaintiff was unable to reconcile the contradiction between the finding of total disability in her social security proceedings and her assertion that she was a qualified individual under the ADA. The plaintiff argued that she could have completed the essential functions of her job with a reasonable accommodation – a four-month leave – but she had represented to the Social Security Administration that her disability was an ongoing condition and would prevent her from working for a period of no less than twelve months.

This case serves as a helpful reminder to employers that an employee’s statement of total disability – whether in social security proceedings, a Family and Medical Leave Act request, or even a doctor’s note – may not be considered the final word on whether that employee is a qualified individual under the ADA. However, the contradiction must be overcome by the employee’s ability to return to work with an accommodation.