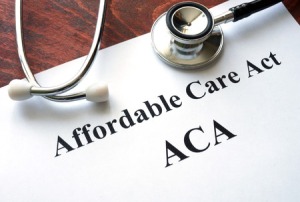 Shortly following his inauguration on Friday, President Trump signed an Executive Order affirming his intent to eliminate the Affordable Care Act (ACA). The executive order is not a repeal of the ACA and does not make any changes to the law or regulations thereunder, but rather addresses the actions of federal agencies in enforcing the existing law. The executive order directs the agencies responsible for overseeing ACA enforcement (Health and Human Services, Treasury Department, and Department of Labor) to, “take all actions consistent with the law to minimize the unwarranted economic and regulatory burden of the act” and “prepare to afford the States more flexibility and control to create a more open healthcare market.”

Specifically, the executive order directs the agencies to exercise the maximum discretion and authority available to them under the law to waive, defer, grant exemptions from or delay implementation of any provision of the ACA that imposes a cost, fee, tax or penalty.  It is unclear exactly how much discretion the agencies have with respect to many ACA provisions; however, this is a clear message that they have been instructed to identify ways to lessen the law’s impact during the interim period as lawmakers work towards an appeal.

What Does This Mean for Employers?

It’s too early to tell how or when employers will be impacted. The executive order did not actually change anything, but rather signaled the intent to make changes. Until further guidance is issued by the federal agencies, employers should continue compliance with all applicable ACA provisions. While the Trump administration appears committed to swift action on the ACA, we would not expect further information until the new heads of Health and Human Services, Treasury Department and the Department of Labor are in place.

We will continue to monitor developments on the ACA and provide additional information as it becomes available.