On February 17, 2017, the United States District Court for the Eastern District of California held that job applicants could proceed with their disparate impact claim brought under the Age Discrimination in Employment Act (ADEA). 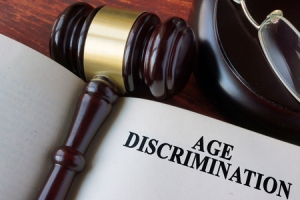 In Rabin v. Pricewaterhouse Coopers LLP, plaintiffs filed a putative class action alleging that the global accounting and auditing firm used hiring practices and policies for entry-level positions that gave preference to younger applicants and resulted in the disproportionate employment of younger employees. The complaint alleged that these hiring practices include recruiting through universities and maintaining a mandatory retirement policy that requires partners of the firm to retire by age 60. The complaint also alleged that the firm’s hiring practices focused on attracting younger workers. The complaint provided examples such as the firm’s employment opportunity promotion materials, which featured only pictures of younger employees, stated that the majority of their workforce is made up of millennials, and described perks geared towards younger employees, such as student loan repayment assistance. The complaint alleges that the result of these hiring practices and policies is a disproportionately young workforce, with the average age of firm employees being 27 years old.

While it is established law that the ADEA allows employees to bring both disparate treatment and disparate impact claims, the firm argued in its motion for judgment on the pleadings that the ADEA does not allow job applicants – as opposed to employees – to bring such claims.  In its motion, the firm relied on the Eleventh Circuit’s 2016 decision in Villareal v. R.J. Reynolds Tabacco Co., which analyzed the language of section 4(a)(2) of the ADEA in determining that the statute does not authorize disparate impact claims by non-employees.

The Eastern District of California in Rabin declined to follow this eleventh circuit precedent and instead held that job applicants may bring disparate impact claims under the ADEA. In a thorough opinion, the court reasoned that the ADEA’s statutory language and legislative history, as well as the Supreme Court precedent, supported the holding that job applicants may bring disparate impact claims. The court also deferred to the Equal Employment Opportunity Commission (EEOC)’s current age discrimination regulation, which states that “[a]ny employment practice that adversely affects individuals within the protected age group on the basis of older age is discriminatory unless the practice is justified by a reasonable factor other than age.”  29 C.F.R. § 1625.7(c) (emphasis added).