The proposed budget released by the White House in May includes a plan to provide new parents with up to six weeks of paid leave to bond with a new child. Obviously the plan is far from becoming law; implementing such a plan would require congressional approval and that process has yet to start. Still, the plan is interesting for its shear breadth and its mode of funding. The plan calls for funding through each state’s unemployment insurance programs. So far at least, there are very few details. 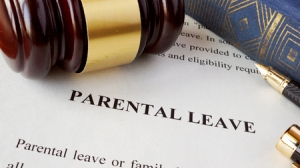 Though many employers choose to provide some amount of paid leave to new parents, only 3 states — California, New Jersey, and Rhode Island — currently mandate paid parental leave for both parents. New York will become the fourth in 2018. All four state plans are funded entirely by employees through mandatory payroll deductions. Paid parental leave legislation was passed in Washington State but the plan has yet to be funded or implemented.

Here is an overview of the benefits provided in each state’s plan:

California became the first state to pass paid family leave legislation in 2002. The law provides for up to six weeks of partial wage replacement to new parents. New parents currently receive 55% of their weekly earnings up to a maximum of $1,173 per week. Amendments set to take effect in 2018 will increase the benefit to 70% of pay for low wage workers and 60% for those earning up to $108,000 annually. Employees in New Jersey enjoy 2/3 of their weekly wage up to $615 per week for up to six weeks, while employees in Rhode Island enjoy up to $817 per week for up to 4 weeks.

New York will join the ranks of states which mandate paid leave for new parents in 2018. Legislation passed in 2016 calls for employees to receive a percentage of the lesser of their own average weekly wage or the NY state Average Weekly Wage. The plan will be phased in with benefits payments increasing over time as follows:

In contrast to these plans, the White House plan calls for funding through the states’ unemployment compensation programs which are funded by employers in most states.

SmithAmundsen’s Labor & Employment team will continue to monitor this issue at the state and national level and will keep you apprised of any significant developments.