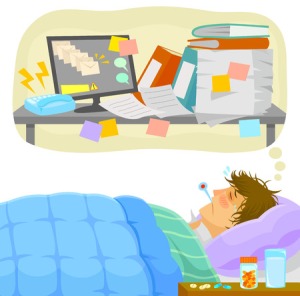 In reviewing the Cook County FAQs, it is important to note their opening disclaimer, which essentially states that the FAQs are not legal advice, do not have the force of law, and do not supersede the text of the Cook County Earned Sick Leave Ordinance or its Rules. As such, discrepancies between the Rules and the FAQs should generally be resolved in favor of the Rules—and discrepancies between the text of the Ordinance, the Rules, and the FAQs should, of course, be resolved in favor of the Ordinance.

Additionally, per the FAQs, Cook County has said it will not enforce its ordinance in the City of Chicago against an employer that has complied with the Chicago Ordinance—but again, the FAQs do not carry the force of law, and will not necessarily prevent a plaintiff’s attorney from seeking to enforce the Cook County Ordinance in situations where both ordinances might apply, and an alleged failure to comply with the Cook County Ordinance has occurred since there are separate remedies under each ordinance.

In addition to the Rules implemented for the Cook County Ordinance, final rules under the Chicago Paid Sick Leave Ordinance are now available.

Because of the confusing and sometimes contradictory nature of these two ordinances, their rules, and the FAQs, we recommend consulting with experienced labor and employment counsel to work through any questions and complications that may arise in implementing workplace policies under these paid sick leave ordinances.