Claims of negligent hiring, training, and retention is alive and well. Employers must be prepared to investigate, and fully remediate supervisors’ misconduct. 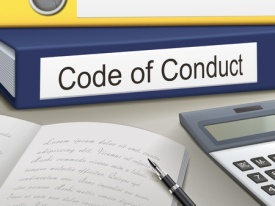 Recently, the Seventh Circuit Court of Appeals (Illinois, Wisconsin, Indiana) held that an employer may be liable for intentional acts committed by supervisory employees against other employees outside of work if the employer has been negligent. The tragic case, Anicich v. Home Depot USA, Inc., 852 F. 3d 643 (7th Cir. 2017), arose from the death and rape of a pregnant employee at the hands of her supervisor.

Home Depot and its garden centers subcontractors (together, the “Employer”) jointly employed Brian Cooper as a regional manager. The victim’s estate alleged the employer knew Cooper had a history of sexually harassing, verbally abusing, and physically intimidating female subordinates, which included making crude and lewd comments, yelling and swearing at them, rubbing against them, controlling their conduct by pressuring them into spending time with him alone, and even throwing things.

The supervisor’s mistreatment of one subordinate, Alisha Bromfield, began in 2006 when she started working for the employer seasonally as a teenager. Cooper fixated his attention on her, calling her his “girlfriend” at work and repeating the above misconduct with her. Senior management, aware of Bromfield’s repeated complaints, failed to take reasonable steps to protect Bromfield, ensure that Cooper completed mandated anger management training or remove his supervisory duties. This ended in tragedy.

In 2012, when Bromfield was 7 months pregnant, Cooper threatened her. Using his supervisory authority, he demanded that she attend an out-of-town wedding with him, telling her he would fire her or reduce her hours if she refused. Bromfield acquiesced, but denied Cooper’s recurring demand to “be in a relationship.” After the wedding, Cooper murdered Bromfield, and then raped her corpse.

The Court held that employers have a duty to act reasonably in hiring, supervising, and retaining their employees, and that this was part of a broader trend toward recognizing employer liability for supervisors’ intentional torts committed outside the scope of employment – even where the harm caused was wholly disproportionate to more predictable harms (e.g., murder/rape versus continued sexual harassment, emotional/mental trauma). Because Cooper was alleged to have abused the employer’s grant of supervisory authority over Bromfield, the employer could be vicariously liable for Cooper’s torts committed against Bromfield.

Employers’ Duty in Light of the Seventh Circuit Court Ruling

Anicich is instructive. Employers that fail to act to stop an employee’s abuse of supervisory authority could be held liable for even the most extreme and gruesome intentional tortious and criminal conduct.

As such, employers must protect their businesses, including the following minimum steps: