Many employer sponsored defined contribution (DC) plans qualified under Section 401(a) of the Internal Revenue Code of 1986, as amended (the “Code”) maintain employer stock funds. Many such stock funds long antedate the Employee Retirement Income Security Act of 1974, as amended (ERISA).

In the wake of the Great Recession, plaintiffs’ counsel successfully prosecuted numerous ERISA fiduciary stock drop cases. The allegation was that fiduciaries breached their duties under ERISA by maintaining employer stock in a plan when they should have sold it. 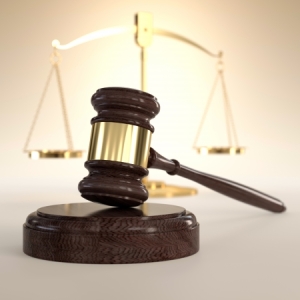 scales of justice and gavel on orange background

Four years after a unanimous Supreme Court ruling (Fifth Third Bancorp. v. Dudenhoeffer) provided guidance on stock-drop lawsuit pleading standards, plaintiffs are having increasing difficulty in avoiding dismissal of such suits. Under Dudenhoeffer, plaintiffs cannot avoid a motion to dismiss by pleading merely that the stock went down and that the fiduciaries should have caused the plan to sell it before the decline. The plaintiffs must plead “special circumstances” to convince lower courts to let a lawsuit proceed. While the meaning of “special circumstances” is not totally clear, it appears that they must be extreme. In the Arch Coal case, the  court stated that “Plaintiffs’ allegations of Arch Coal’s ‘serious deteriorating condition’ and ‘overwhelming debt’ are evidence of the company’s slide into bankruptcy but do not establish a special circumstance under Dudenhoeffer.”

Plaintiffs must also convince the courts that an alternative action by a prudent fiduciary to keeping company stock in a DC plan wouldn’t do more harm than good.

For example, the “more harm than good” standard was cited by the district court in dismissing a suit against IBM. “The complaint is bereft of context-specific details to show how a prudent fiduciary would not have viewed the proposed alternatives as more likely to do more harm than good.” The standard has also been cited by, at least, one other district court.

Also, in the good news column is the Fifth Circuit’s decision in Tatum v. RJR, a reverse stock drop case. Here the plaintiffs alleged that the RJR fiduciaries breached their duties by eliminating the Nabisco stock fund when its stock price later increased. The Fourth Circuit held that those plan fiduciaries were not liable for any losses related to their procedural imprudence because a “hypothetical prudent fiduciary” would have made the same decision, even though they failed to engage in the process ERISA requires.

It is unlikely that ERISA fiduciary cases regarding stock funds have ended, and the ERISA fiduciary process is still important. Although the fiduciaries finally won, it was after an extended period of time and the expenditure of huge amounts of the employers’, fiduciaries’ and/or insurers’ money.

ERISA plaintiffs’ lawyers will probably keep filing such cases. In the past, ERISA plaintiffs’ counsel has succeeded in morphing their approaches, and they can be expected to do so in this context as well.