Last week, a federal judge presiding over a sex discrimination case ordered several members of management to search their personal email accounts and turn over all relevant information. The ruling serves as a reminder of the sheer breadth of discovery in litigation, especially in the context of “electronically stored information” or “ESI.”

As a general rule, parties to federal litigation “may obtain discovery regarding any non-privileged matter that is relevant to any party’s claim or defense…” Federal Rule of Civil Procedure 26(b)(1). State courts apply similarly broad standards. 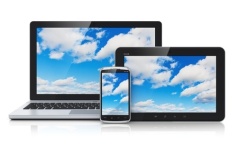 Technological advances have transformed the way business communicates. Along with their many advantages, email and other now ubiquitous forms of electronic communication, have complicated the discovery process by vastly increasing the volume of “documents” that must be turned over in litigation. Federal court rules specifically address ESI, requiring the production of relevant information “stored in any medium.”

Furthermore, a party to litigation (or indeed a non-party served with a subpoena for documents) can be compelled to produce ESI inclusive of its “metadata.” Metadata is background information embedded in all electronic documents and communications which reveals information, such as when the document was created, accessed, modified, sent, and forwarded.

A few easy steps will go a long way toward keeping your email house in order:

Bottom Line: There is no way to guarantee your managers’ personal email accounts are beyond the reach of discovery. But taking these easy steps now will go a long way toward limiting ESI discovery to technology platforms within the company’s control and streamlining the discovery process when litigation arises.

Martin Lomasney, an early 20th Century Boston politician, once said “never write if you can speak, never speak if you can nod, never nod if you can wink.” Just last week, the United States Court of Appeals for the Seventh Circuit issued a decision illustrating the dangers of email communications and gave new life to a plaintiff’s claims that the reasons for her termination were the result of discrimination on the basis of her military service and disability.

In 2012, LuzMaria Arroyo, a United States Army Reservist and Veteran, sued her former employer Volvo Group of North America, LLC in federal court for discrimination, retaliation, and failure to provide reasonable accommodations in violation of the Uniform Services Employment and Reemployment Act (“USERRA”) and the Americans with Disabilities Act (“ADA”). In granting summary judgment, the district court found that Arroyo failed to show that her military service was a motivating factor for her termination. To meet the “motivating factor” standard, a direct admission from the employer is not required. Rather, a plaintiff can rely on circumstantial evidence that creates a “convincing mosaic” from which a reasonable jury could infer a discriminatory motive.

In its decision, the Seventh Circuit highlighted emails between members of management where they often complained about the burden placed on Volvo by Arroyo’s frequent use of military leave for training and/or deployments. One email made reference to “the undue hardship [Arroyo’s military leaves] were causing to [Volvo’s] operation.” Other emails questioned the need to extend Arroyo travel time plus the additional eight hour rest period before reporting to work following her military leave. Yet another contained an exchange between supervisors discussing disciplining, suspending or possibly firing Arroyo for her absences, but noting that Volvo likely had no recourse due to Arroyo’s military service. An email recommended that Arroyo be offered a severance package upon her return from deployment, which Arroyo rejected.  When Arroyo later requested accommodations related to her diagnosis of PTSD after her second Iraq tour, a supervisor reported in an email that “[Arroyo was] really becoming a pain with all this.” Her accommodation request was followed by progressive disciplinary steps, which standing alone were minor in nature, but cumulatively led to her termination. Ultimately, the Seventh Circuit noted that a jury could reasonably conclude that Volvo was looking for reasons to discharge Arroyo based on absences from work due to her military service, reversed summary judgment and sent the case back to the district court for trial.

So what can be learned from this decision?  At least one thing is certain:  members of management should heed Lomasney’s advice and not trade emails criticizing employees’ rights pursuant to USERRA, ADA or any other statutory provision.  While Volvo might still succeed at trial – even the Court acknowledged that Volvo granted Arroyo a considerable amount of military leave and did not directly discipline her for those absences – those critical comments will still have an impact and potentially undermine Volvo’s arguments that Arroyo’s military service was not a motivating factor in her termination.