A U.S. Citizenship and Immigration Services (USCIS) memorandum-issued policy is at the heart of a court case challenging recent H-1B visa denials.

The “Contracts and Itineraries Requirements for H-1B Petitions Involving Third-Party Worksites” memo was issued on February 20, 2018 without any notice or comment period required by the Administrative Procedure Act (APA). The memo directs adjudicators to ensure a contractor has actual and exclusive “control” of the contractor’s employees at the third-party site as a criterion for visa approval. This requirement comes from a rigid interpretation of the Department of Labor’s definition of “employer” which reads: “Has an employer-employee relationship with respect to employees under this part, as indicated by the fact that it may hire, pay, fire, supervise, or otherwise control the work of any such employee….” Instead of considering any one of these circumstances as qualifying, USCIS effectively changed the “or” to an “and,” requiring all of them.

After having many H-1B visas denied or issued for short validity periods, several IT consulting firms filed lawsuits against USCIS. Those lawsuits have been consolidated into one under the aegis of the IT industry trade association ITServe Alliance.

Judge Collyer has taken issue with the disparate visa approval rates between different industries and USCIS’s requirement that contractors show three years’ worth of specific work assignments for H-1B petitioners when they are allowed “nonproductive” time as long as they are paid.

As Judge Collyer considers the case, she will rule on whether discovery is warranted to find out what has caused the different adjudications of H-1B petitions. Not only are H-1B approval rates markedly down for the IT industry, but requests for evidence and H-1B petition processing times have ballooned.

Stay tuned as we will continue to provide updates as new information emerges. 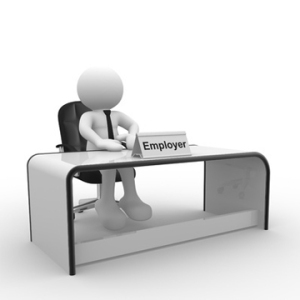 On November 14, 2016, the U.S. Citizenship and Immigration Services (USCIS) released the new version of the Form I-9. The Form I-9 is the form employers are required to complete for each newly hired employee in the United States to verify the employee’s identity and eligibility to work in the United States.

The new Form I-9 contains some revisions that should be noted:

The revised Form is available here.

Employers should review their current Form I-9 policies and practices to ensure they have proper Form I-9 compliance procedures in place. Furthermore, employers should plan on how and when they will implement the new Form I-9 prior to the January 22nd deadline.

A new proposed rule represents a hopeful change for foreign entrepreneurs looking to stay in the U.S. to start and grow their businesses.

Currently the only routes for foreign entrepreneurs to obtain a visa involve huge risk. Those routes, via a Treaty E visa or the EB-5 visa program, require applicants to make significant investments upfront and essentially build their businesses to satisfy the visa criteria, with no guarantee that a visa will be granted.

One of my clients, who sold all-terrain vehicles, imported several of these vehicles and related equipment, not knowing if he would get his visa. Imagine the time, energy and money he had to invest before he could apply and the risk that he endured on the chance his visa would be denied.

Another problem with existing visa routes is that they fail to support less capital-intensive, more modern business models.

Some of my IT consulting clients were able to bootstrap their way into business with just a few computers, internet access and virtual offices. The existing visa criteria required them to commit to year-long office leases and to prematurely invest other funds in the business, again with no assurance that their visas would come through.

And all the upfront investment – in machinery, leases and human resources – was required when the start-ups were in their most vulnerable, cash-flow challenged phases. 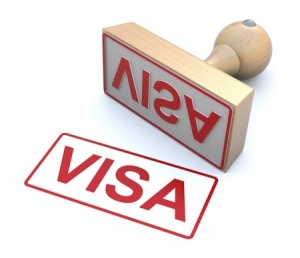 The new proposed rule emphasizes job growth instead of established business investment. It allows the Department of Homeland Security (DHS) to consider visa applications on a case-by-case basis.

Under the new proposed rule, entrepreneurs may qualify for a two-year visa if they:

The U.S. Citizenship and Immigration Services agency (USCIS) anticipates around 3,000 of these visa applications per year, which could result in 30,000 new jobs.

Gaining that visa would then position the entrepreneurs to apply for an extension granting an additional three years if they can show their company has operated lawfully for two years, that they have gained an additional $500,000 in funding or government grants, that the company had at least $500,000 in revenue with average annualized growth of 20 percent or more, and that they had created at least 10 full-time jobs for U.S. workers.

This new approach not only reduces the risk to the entrepreneur, it also supports newer business models such as services that require little capital investment and allows them to channel investor funding toward salaries for employees. With U.S. job creation as the focus, the approach also helps counteract popular concerns that foreign nationals allowed visas lead to a net job loss for Americans.

The proposed rule was published to the Federal Register on August 31, 2016. USCIS has allowed for a 45-day comment period ending on October 17, 2016. The Obama administration hopes the rule will be completed before the President leaves office on January 20, 2017.

Green Cards May No Longer Always Contain a “Signature”

Employers should be aware that some Green Cards (“permanent resident cards”) now have an image stating “Signature Waived” on the front and back of the card where a signature would normally be located instead of the permanent resident’s actual signature. U.S. Citizenship and Immigration Services (“USCIS”) has indicated that these cards are issued to people entering the U.S. for the first time as lawful permanent residents after obtaining their immigrant visa abroad from a U.S. Embassy or consulate. This process began in February 2015. The Green Cards are valid documents and acceptable to support an employee’s authorization to work in the U.S. Employers should train the employees responsible for the Form I-9 process regarding this change.

EADs Come With Varying Expiration Dates Based on Court Injunction

On February 16, 2015, a federal district court judge in Texas granted a preliminary injunction temporarily blocking the implementation of President Obama’s Deferred Action for Parents of Citizens and Lawful Permanent Residents (“DAPA”) and the expansion of Deferred Action for Childhood Arrivals (“DACA”). As a result of the injunction, USCIS was ordered to stop issuing 3-year Employment Authorization Documents (“EAD”) for DACA recipients and only issue 2-year EADs going forward.  Approximately 2,100 3-year EADs, issued after February 16th, were required to be returned to USCIS by July 31st. USCIS has indicated that they have issued 2-year EADs to the 2,100 affected persons. Note, the February 16th injunction DOES NOT affect the approximately 108,000 three-year EADs that were issued PRIOR TO the February 16th injunction going into effect. There continues to be ongoing litigation regarding the implementation of DAPA and the extended DAPA which will affect the period of time in which a DACA recipient may receive an EAD.

Employers should be aware that their employees may present EADs with varying expiration periods. Employers need not keep track of the daily process of the ongoing federal litigation but should train their employees responsible for the Form I-9 process that there is no set expiration date for an EAD and the expiration will vary based on the EAD. Remember, employers are not required to be document experts.  During the Form I-9 process, employers are required to accept documents that reasonably appear to be genuine and to relate to the person presenting them. However, if the employee provides a document that does not reasonably appear to be genuine and relate to them during the Form I-9 process, you must reject that document and ask the employee to present alternate documents that satisfy the requirements of Form I-9.